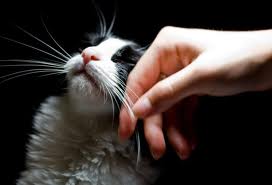 Cats aren't like a lot of dogs who are just so excited to see you, even if you were only gone a minute while you went to check the mail.  Cats can be curious and guarded at the same time.  I came across this great article for you to read.  If you subscribe to this blog, you may already know a lot of this information, but maybe there's something new here for you.  Feel free to share it with your friends who don't have the privilege of being on staff for a kitty.

June 14th, 2012 | Published in Communication, Family and Home, Featured Posts | 1 Comment
When it comes to properly greeting a cat, you may think that all you have to do is walk right up to him, reach down and offer a few loving strokes along his fur. If the cat is familiar with you and likes you, that may be perfectly ok, but if it’s an unfamiliar cat or if he’s reluctant to interact, then the above method will result in you getting scratched or the cat backing away. 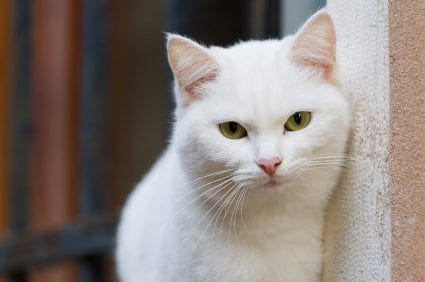 Why the Above Method is Wrong

Cats are territorial and they also rely heavily on their sense of smell to determine whether an approaching person or animal is familiar, friendly or a potential threat. If you just approach an unfamiliar or reluctant cat and try to do an introduction on your terms, you don’t give the cat time to do a do a scent investigation. As humans, we mostly rely on our sense of sight and sense of hearing to determine whether a person approaching us is familiar or not. With cats, their sense of smell takes over first. Scent communication plays a huge role in cat-to-cat recognition.
If you don’t give the cat time to first do a little scent investigation then he may feel backed in a corner. That, combined with the fact that you’re advancing toward him, can set off alarm bells that tell him it’s better to either strike out or just get the heck out of there. From his perspective, it’s better to be safe than sorry. I know the last thing you want to do when trying to greet a cat is to set off his fight or flight response.

If people repeatedly use that same approach to greet the cat then he’ll soon learn that it’s better to either just do a pre-emptive strike or to not come out of hiding at all. What can make it worse is that a cat parent may try to “show” the cat that the approaching person is actually a cat lover by picking the kitty up and forcing interaction. Even if this doesn’t result in injury to anyone, it’s very stressful to the cat and is totally counter-productive to the introduction process. 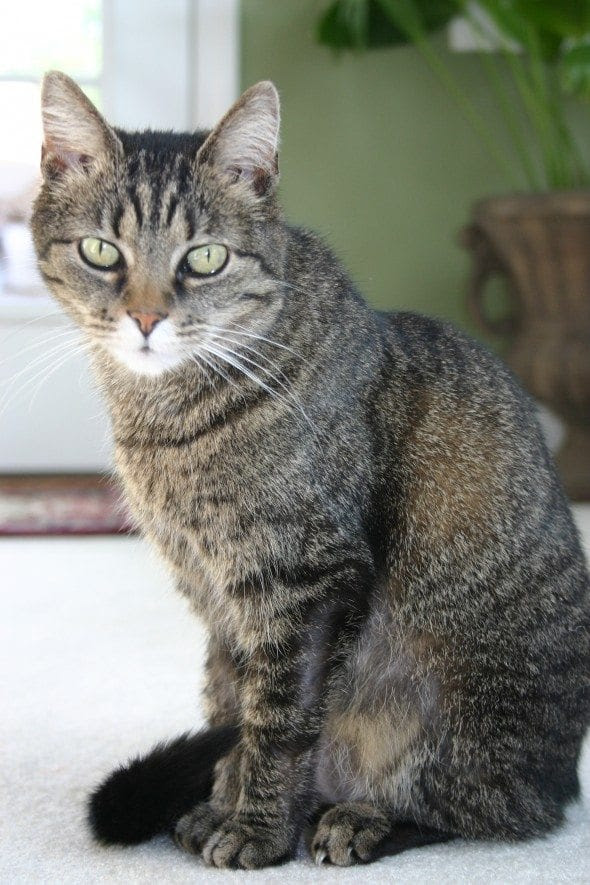 A proper greeting is actually very simple. You just need a finger. When you walk into a room where the cat is located, don’t approach him. Just get down on his level by sitting or kneeling and extend your index finger. Don’t put it in his face or wiggle it around like a toy. The purpose here isn’t to have the cat view your finger as something to bite – even in play. Just extend your finger at the same height as his nose.
In the cat world, cats approach each other and engage in a round of nose-to-nose sniffing to determine familiarity and do an initial scent investigation. When you extend your finger at the same height as the cat’s nose, it becomes a surrogate kitty nose. When you hold your finger still and don’t advance toward the cat, you give him the option to approach or not. By giving the cat that choice it immediately reduces his stress level. 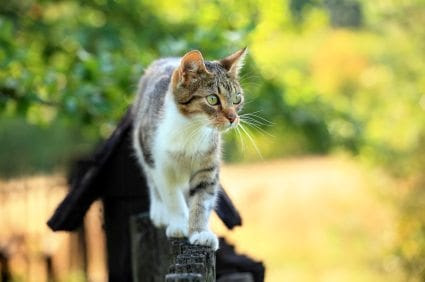 When the cat approaches he’ll do a little sniffing of your finger. If he wishes to interact further with you he may rub his cheek or side of his head along your finger (this is a very affectionate gesture) or he may engage in flank rubbing your finger or hand (a respectful way to combine his scent with yours). If he advances toward you, it’s usually an indication that he is ready for more interaction. It’s at that point that you may pet him if his body language indicates relaxation. If, after sniffing your finger, he stays still or backs away, then he’s NOT ready for further interaction… at least not this time.

Continue to use for finger for the proper human-to-cat introduction, even if the first few times don’t result in the cat wanting to interact further with you. Continue to give him the choice and show him that you aren’t a threat and that you acknowledge proper feline etiquette and you’ll eventually win him over.